The 16th edition of the J/80 World Championship got off to a flying start with two spectacular championship races for the 48 boat fleet. A southwesterly wind of 12 knots built during the afternoon, piping up to over 20 knots in the gusts. With wind over tide shortly after the start, the combat zone boiled up with the J/80s powering upwind, then surfing downwind, in a full on foam up. Rayco Tavares (ESP) leads the championship, Kevin Sproul (GBR) is second and Luke Patience (GBR) third.

PRO Stuart Childerley held a practice race In the morning, and after a big wind shift, moved the course to the east. “It can be a devil of a race area but we got two good races in today, helped by the competitors who settled into the tidal conditions very well at the start, but I expect that from this fleet, which is full of talented sailors.” commented Stuart Childerley.

The battle of the day was won by reigning J/80 World Champion, Rayco Tavares, who is top of the leaderboard after the first day, but the Spaniard did not have it all his own way. Reigning UK National Champion, Kevin Sproul won Race One but Rayco scored a 2-1 to Kevin's 1-4. The battle is due to continue all week.

Coming from Lanzarote, we are used to sailing in strong winds but the tide and short chop is something different for us.” commented Rayco. “There are strong local teams, which have better knowledge of the Solent, and there are other high quality teams from overseas as well.”

Olympic 470 Silver Medallist, Luke Patience is in third. “It is great to score two keepers on the first day, as we have only just put this team together.” commented Luke. “The plan is to try and improve our performance as the regatta develops, so we are happy to have got off to a good start in a very good fleet.” Spain's Javier Chacártegui scored a 8-2 to finish the day in fifth.. 2012 J/80 World Champion, Jose Maria Van Der Ploeg, scored a third in Race One but was over eager in Race Two, and having returned to re-start correctly, finished the day with a poor result.

The trick is you have to practice how to sail really slowly and not get stalled or go head to wind. You need to find the slowest that you can sail, and remain in control, which on a J/80 is 3 knots or less. If you can be just approaching the line at that speed, sailing very high, possibly inside the jib and inside the main a little bit. Then you bear away a little bit, fill the sails up and go. If you get your time on distance right, it is a very low stress and an easy way to start the boat well. You want to start at target speed with height, and then it is difficult for anyone to attack you. Control and consistency means that you are the master of your own destiny.

Commodore of the Royal Southern Yacht Club, Karen Henderson-Williams, officiated at the daily prize giving, which was sponsored today by Ocean Safety. For live updates from the 2017 J/80 World Championship, including video and pictures from the race course: http://www.facebook.com/J80Worlds2017 For more information visit: http://www.royal-southern.co.uk 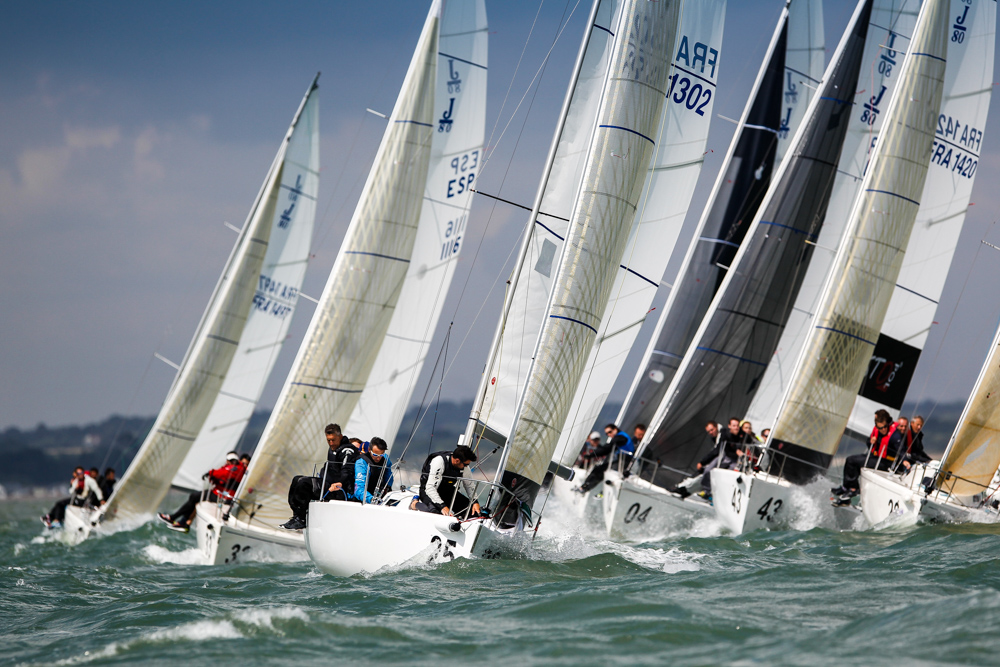 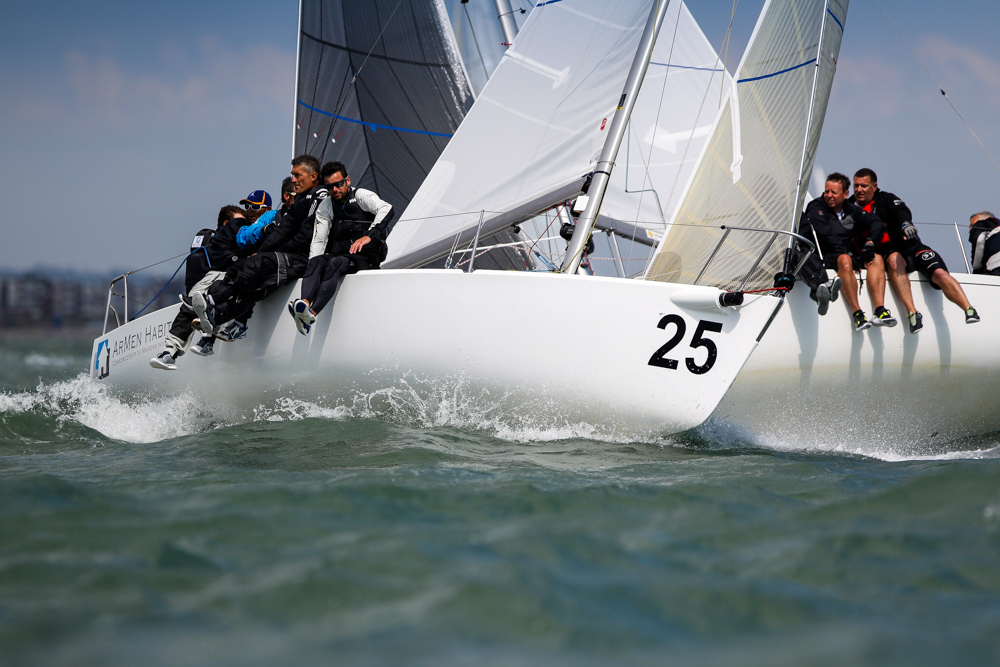 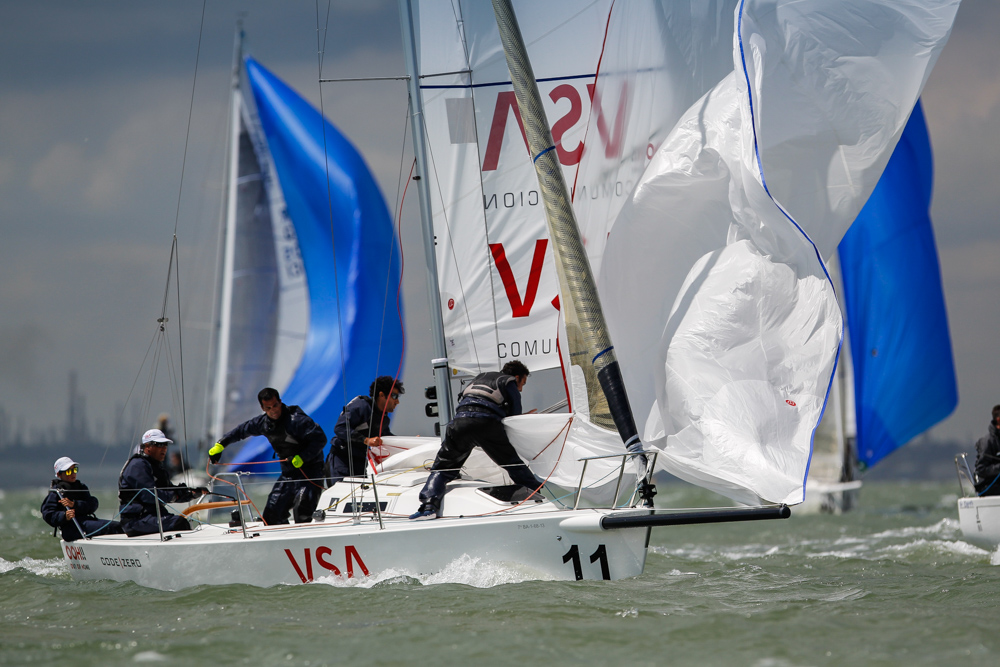 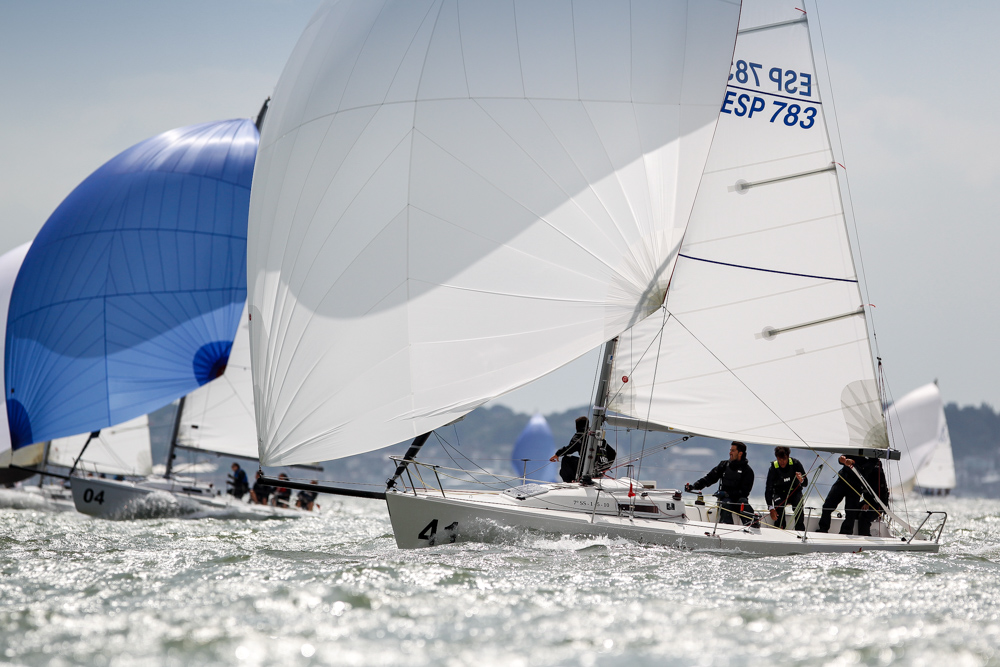 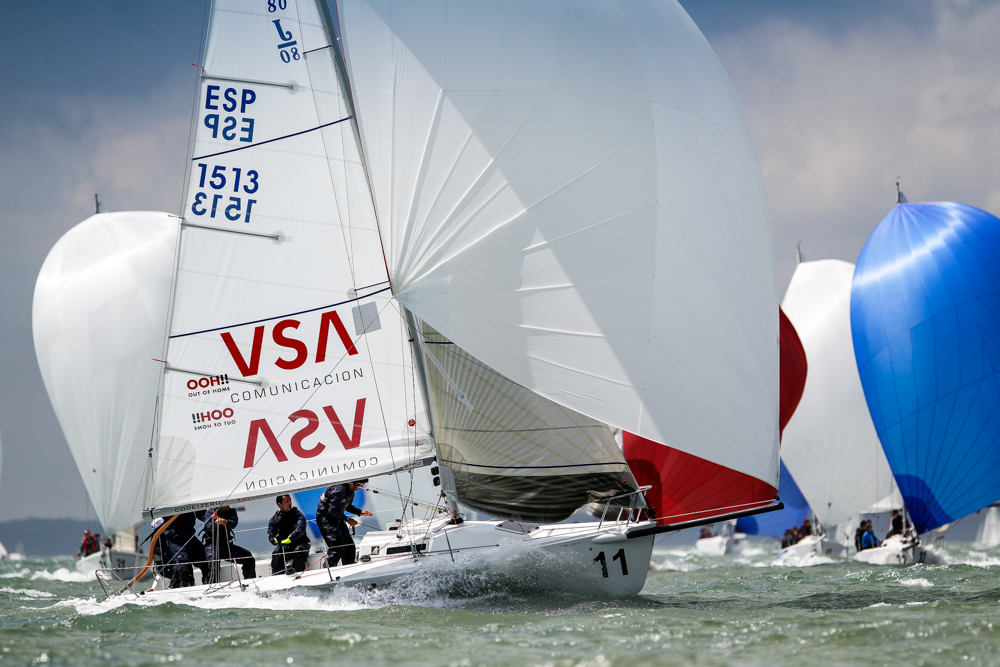